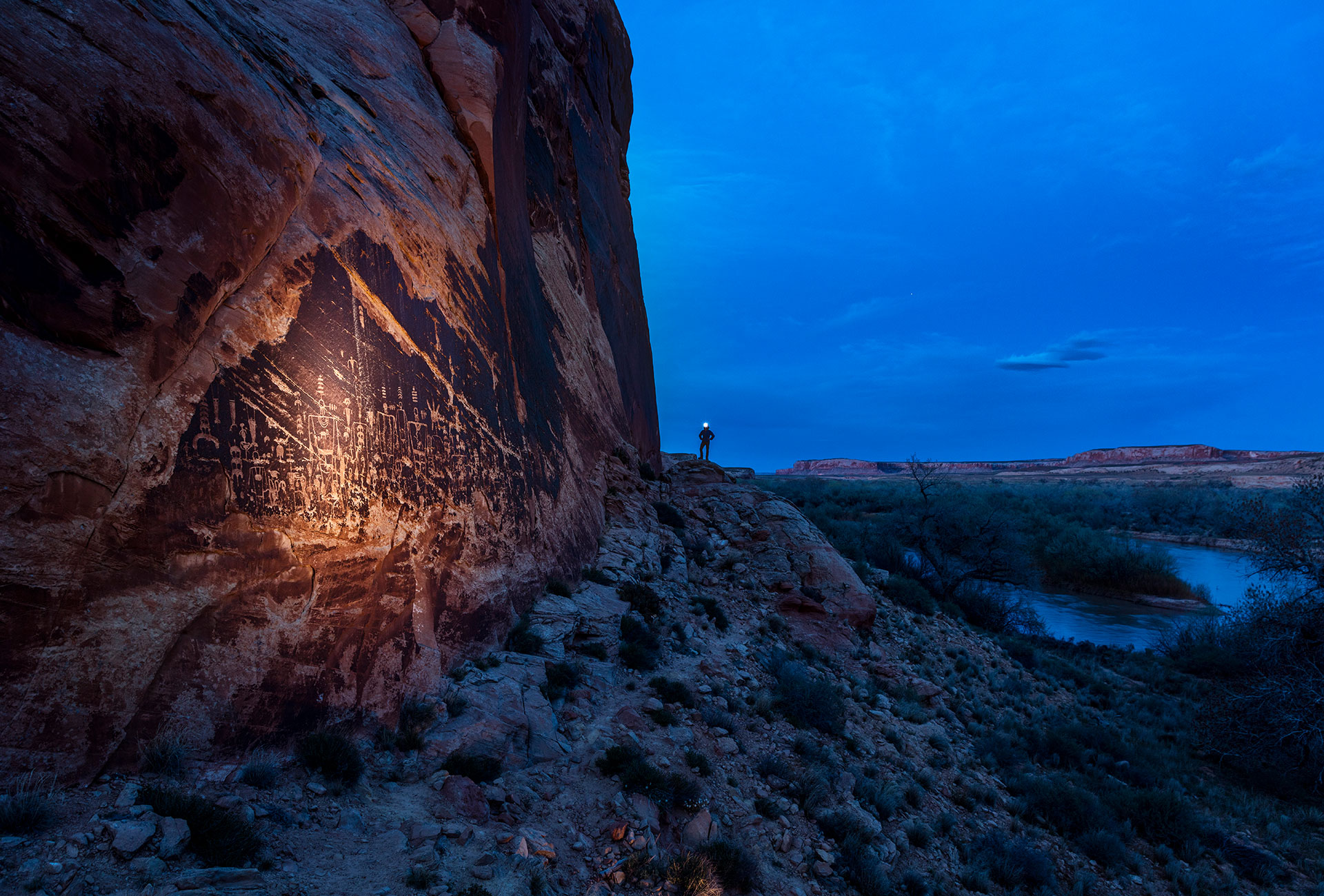 Three years ago, today President Barak Obama designated over 1.3 million acres of federal land in San Juan County Utah as the Bears Ears National Monument. The land was set aside to protect a landscape that is sacred to many of the Native American peoples who live in this part of the southwest today. The original Monument contains over 100,000 archaeological sites. Monument designation was the culmination of years of grassroots work by a coalition of Native American groups who worked together across tribal lines to preserve a landscape that is important to all of them.

In December of 2017 the Monument was slashed by presidential order. It is now 85% smaller.

The Gallery below provides just a hint of the extraordinary artwork contained in the original monument’s boundaries.