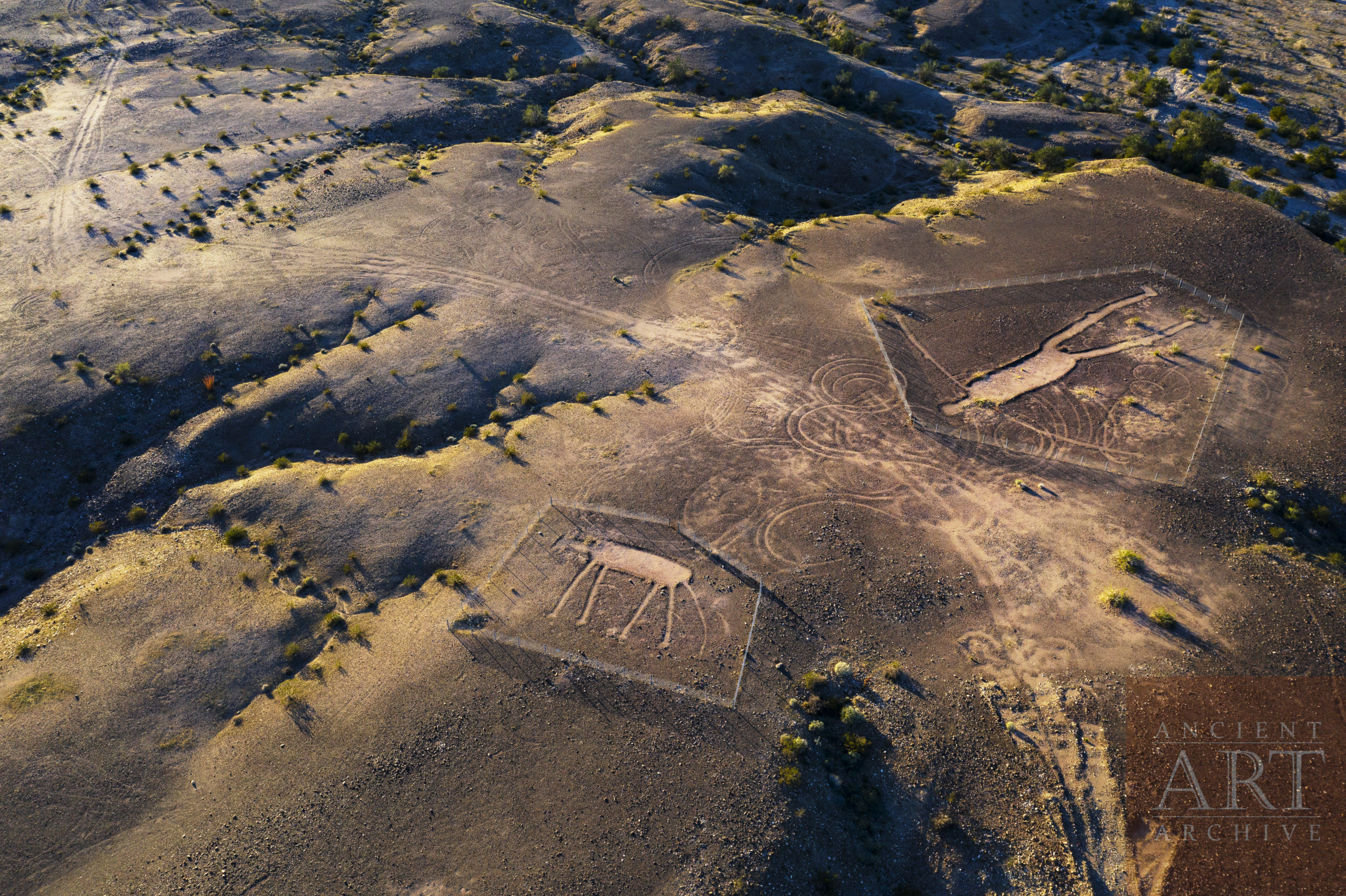 The Blythe Intaglios of California are the best known of the hundreds of geoglyphs in the American West.

It is hard to imagine but these images that are more than 100 feet across escaped notice of nonnative people until 1932 when a pilot flying from Blythe California to Las Vegas noticed the main group of geoglyphs on alluvial fans near the Colorado River.

The images were made by removing stones from the surface of the desert to reveal lighter colored soil below. The images seem to be related to tribal narratives related to creation. All rock art is intimately related to the landscape that it is placed on and Blythe is no exception.

Before the Colorado river was damned and diverted to water the American Southwest, periodic spring floods would have turned the valley into a virtual inland sea. Situated on the elevated alluvial fans, these geoglyphs would have looked out onto that periodic flood. 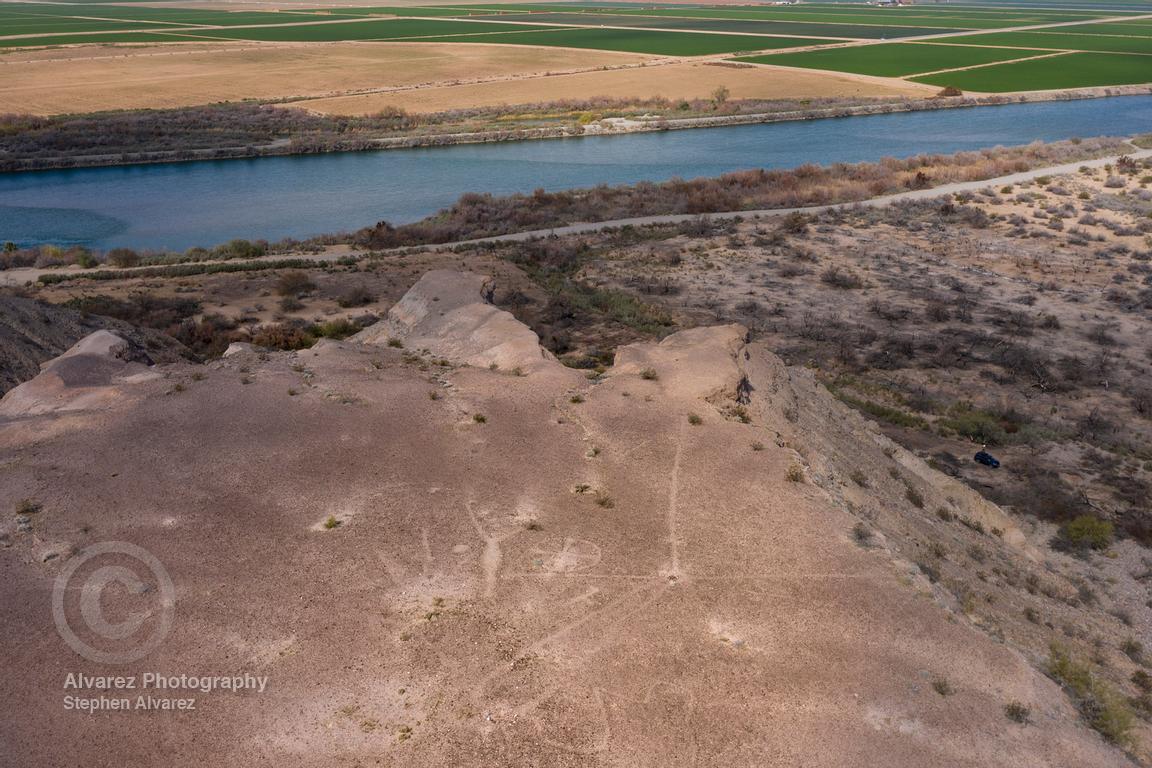 This view of the Ripley Group emphasizes the closeness of the Colorado River.

There are many other geoglyphs in the American Southwest. 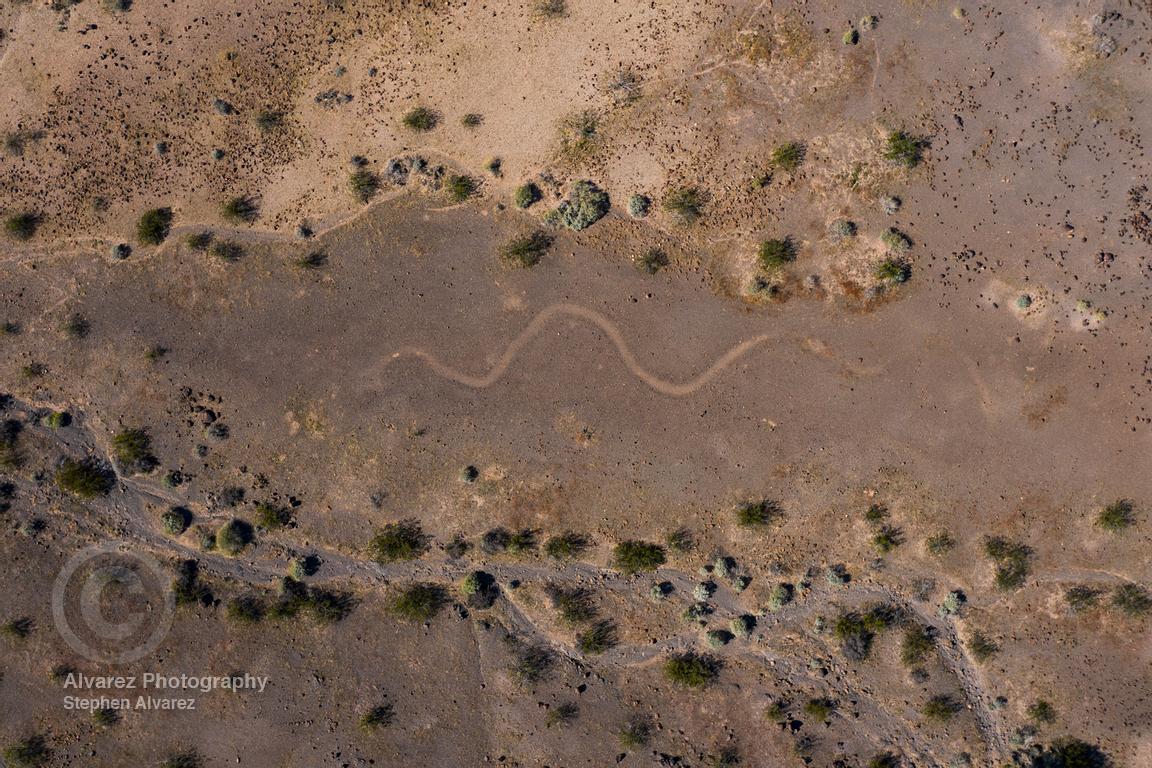 The Parker Snake is a 125-foot-long rattlesnake image and the Bose Fisherman (below) depicts an anthropomorphic figure with a quartzite spear over two fish. 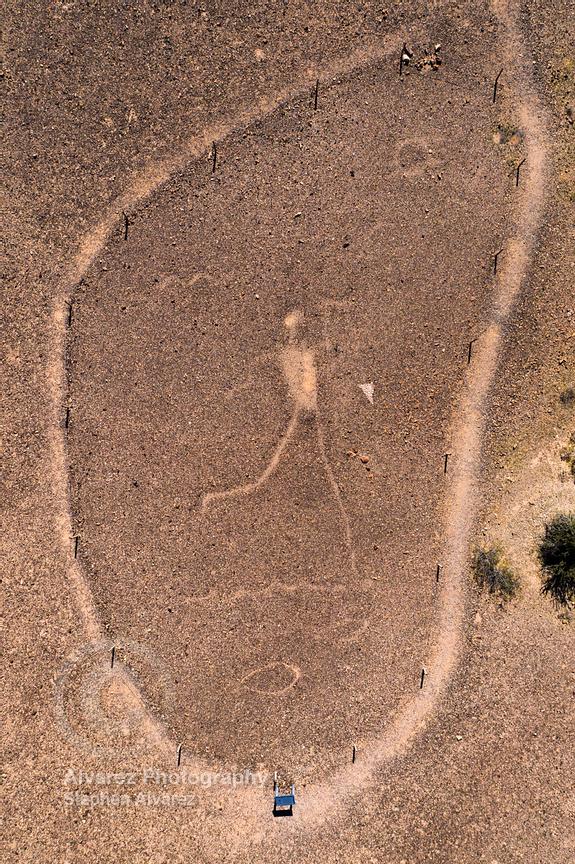 What compelled the pre contact residents of the Colorado River Basin to make such huge images? Simply put, we don’t know. Since the images are so large, it seems likely that the act of making the geoglyph was likely as important as the finished product. That is something that comes up again and again in rock and cave art. As western people we are used to thinking of art as a finished product. But here we have images that can’t be seen in their entirety by the people making them. One explanation is that the communal act of making the image was the point. Maybe we need to think of landscape art like these geoglyphs along those lines.

More Geoglyphs in our archive