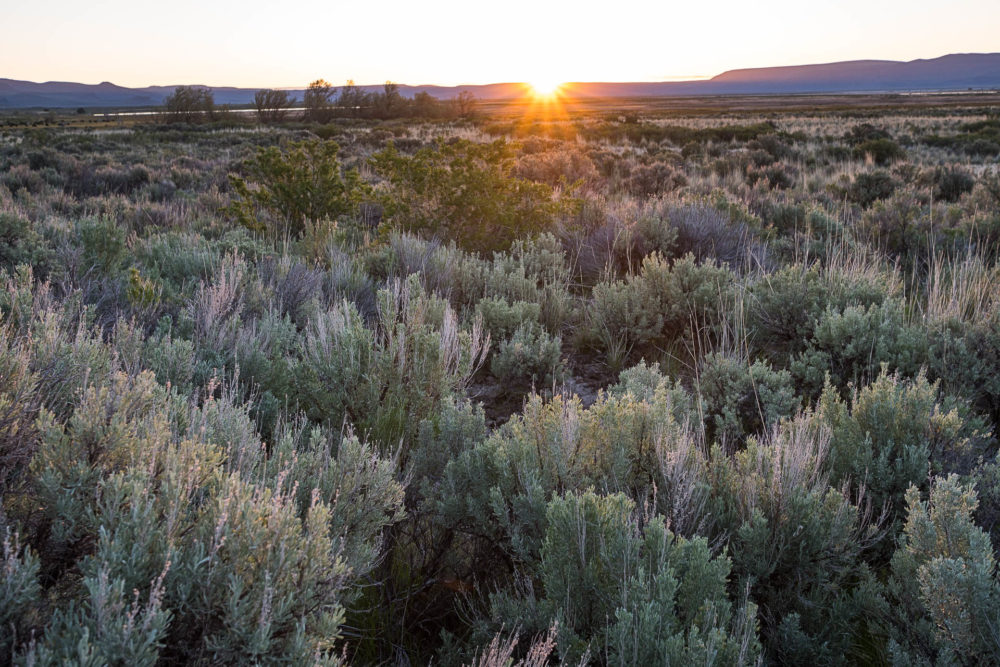 It is as true in the Northern Great Basin as it is with anywhere else on the planet.

Art marks our progress across the world. As we expanded out of Africa more than 55,000 years ago and spread across the globe we left our mark in each new landscape we encountered.

The Paisley Caves in Lake County, Oregon yield the oldest dates of human occupation in the Americas. The caves figure large in the history of the Great Basin. Digs have been going on there since the 1930s under the Oregon Museum of Natural and Cultural History. Recently, archaeologist Dennis Jenkins has found human coprolites dating to 14,300 years ago. There are charred camel bones that are 700 years older but they were excavated in the 1930s and Jenkins just doesn’t have the documentation to make a scientifically indisputable claim that humans killed, butchered and cooked those animals at Paisley.

The age of those coprolites -fossilized poop- seem unassailable. Jenkins paints a compelling picture of the first Americans at Paisley. Small groups of people, maybe family units or 8 to 1 moving through a landscape of huge lakes and sage brush that was rich with game. They used the shelter of the Paisley caves occasionally at most. It was a convenient shelter when the weather got bad or like happened for a few days 12,000 years ago the hunting got particularly good.

There is a thick layer mat of antelope hair that comes from the 12000-year-old layers of Cave number Two. It covers the entire inside of the cave. The volume is spectacular. The hair has been shorn off with very sharp stone tools. Jenkins proposes that several family groups came together to drive herds of antelope together and harvest their hides in an almost “industrial” manner.

For all the activity at Paisley, there is little evidence left for a modern visitor. The excavations are extremely deep. The antelope hair, few stone tools and dark smudges of fireplaces are meters below the surface. One of the few indications on the surface are some faint ochre marks.

These Ochre symbols are written at almost modern-day eye level so they are likely not associated with the first people to use the caves 14 millennia ago. Still, they do mark the place, a place that people have used as long as there have been people in the Americas. How do you shoot the Milky Way and rock art at the same time? Pahranagat anthropomorphic figures are unique to the Pahranagat Valley of Southern Nevada. There are two...